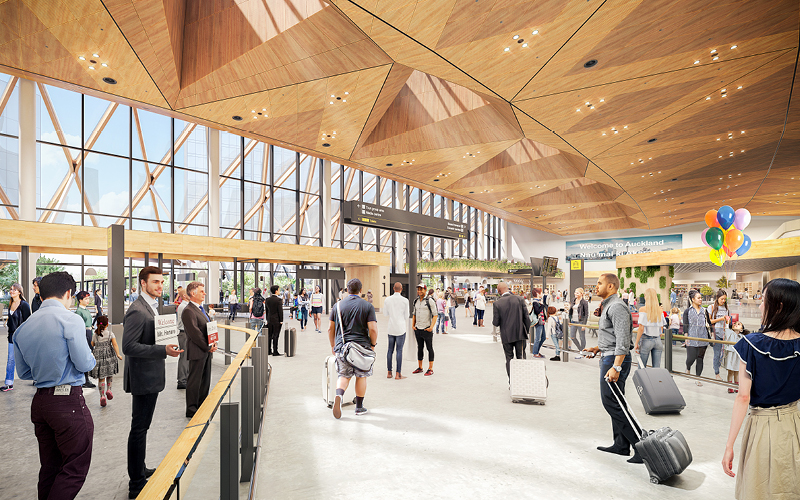 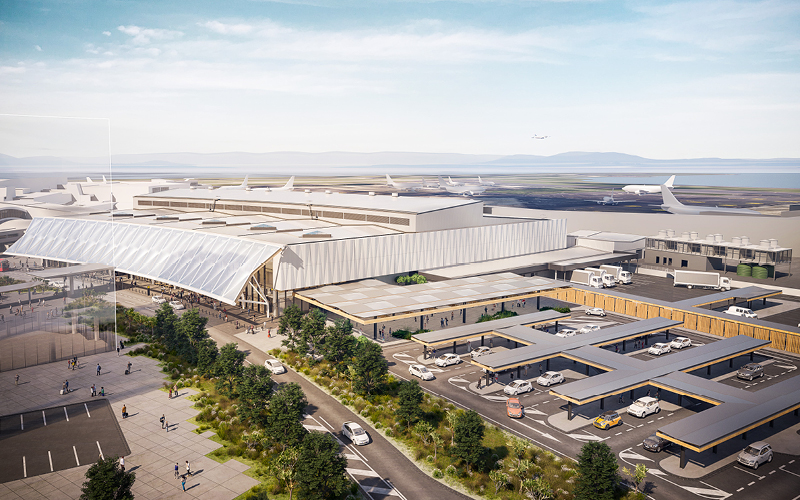 The arrival point for more than five million Kiwis returning home and visitors to New Zealand is set for a multi-million-dollar expansion as Auckland Airport begins work on a new international arrivals area.

Beginning in mid-2020, the project will add 30,000m2 of floor space – roughly three rugby fields – to the current footprint of the international terminal, bringing a significant increase in space for border processing, retail, public dwell and back of house areas.

With more than a third of the expanded area dedicated to the border agencies, it will provide an expected 50% capacity boost for border processing, strengthening New Zealand’s border defences against pests and diseases and allowing for the automation of many biosecurity processes.

The site will extend from the western end of the international terminal and connect into the existing building. A new forecourt area providing an easy connection through to pick-up zones for taxis, shuttles and other transport operators will be built adjoining the extension.

The expanded arrivals area, which is expected to be completed in late 2023, will link into other planned developments transforming the international terminal, including a new multi-storey carpark, enhanced pick-up and drop-off zones and a new domestic jet hub.