Manukau has long been a transport hub. The land was farmed and then became a centre for aviation enthusiasts until secured in 1955 with the purpose of becoming the country’s primary international airport.

On 29 January 1966, Auckland Airport was officially opened. The opening was commemorated with a ‘Grand Air Pageant’ held over three days, which attracted a crowd of over 200,000 members of the public.

In a booklet published to mark the occasion, Prime Minister Keith Holyoake wrote that the opening signified “Auckland’s growing importance as a commercial centre and as a gateway to New Zealand.”

In the 1990s the airport nearly doubled in size after a $180 million redevelopment project.

Since 1966, Auckland Airport has brought our island nation closer than ever to the rest of the world and become a key driver of New Zealand travel, trade and tourism.

Over the last fifty years, as our country and city have grown and changed, so have we.

We’re a hub of economic growth, home to hundreds of local and global businesses where 30,000 people come to work every day.

Auckland Airport has always been more than a place of arrivals and departures. It’s a place of hello and goodbye. Of kia ora and haera ra.

We’re incredibly proud of the role that we play in connecting New Zealanders to the world, and encouraging visitors to our shores. We thank everyone in the community; our staff; the travelers; the airlines and all our partners for being a part of that.

We are investing for the future of aviation and working hard to prepare for what the world will look like in another fifty years. Come with us on the journey as we build the airport of the future. 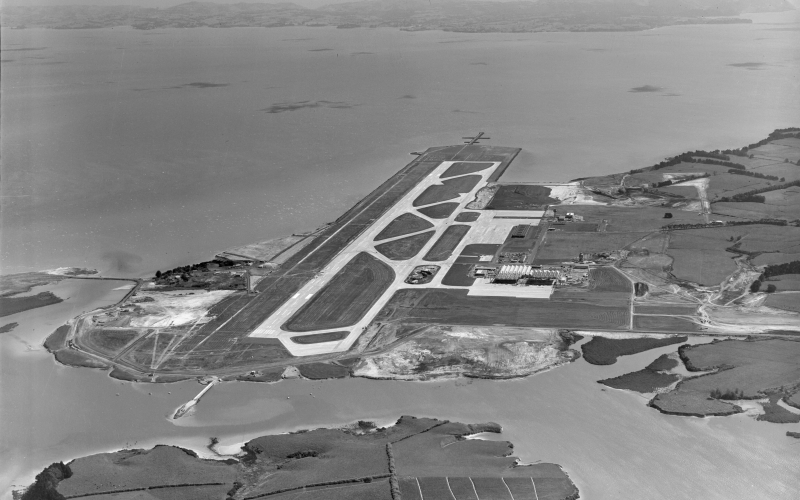 Aerial photograph of Auckland Airport under construction in 1966. Politicians and Councillors view the Bombardier Muskeg rescue craft at Auckland Airport. It was used from the late 1960s to early 1970s. 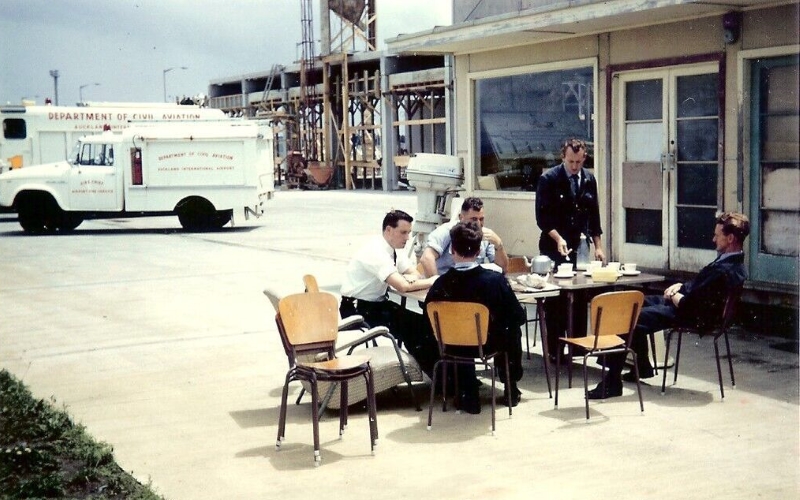 Senior Fire Officer Bill Bird and crew having lunch outside the old Fire Station in 1965, while the new fire garage is being built in the background. 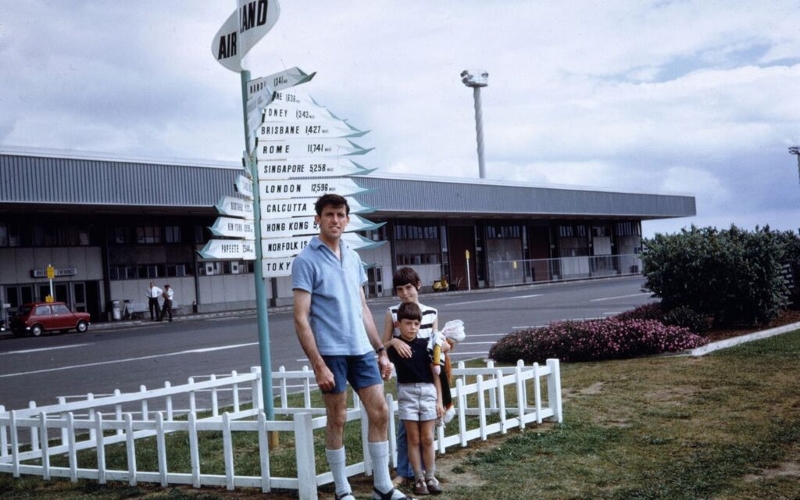 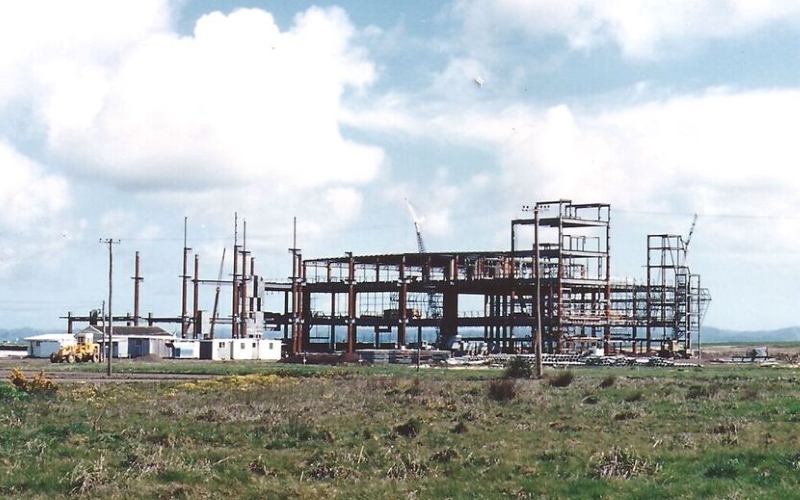 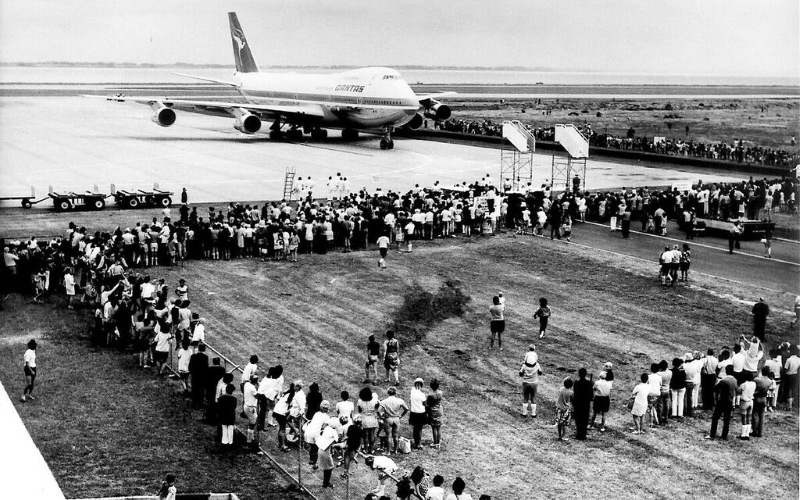 Crowds cheer as the first Boeing 747 jumbo jet arrives at Auckland Airport in 1972. 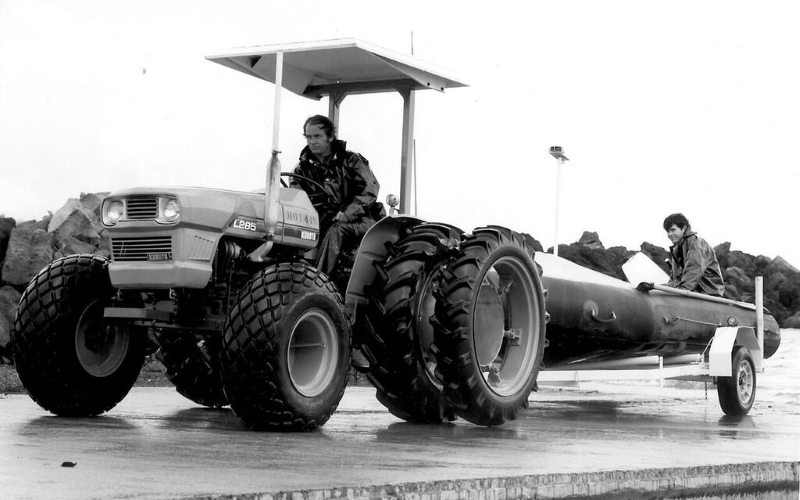 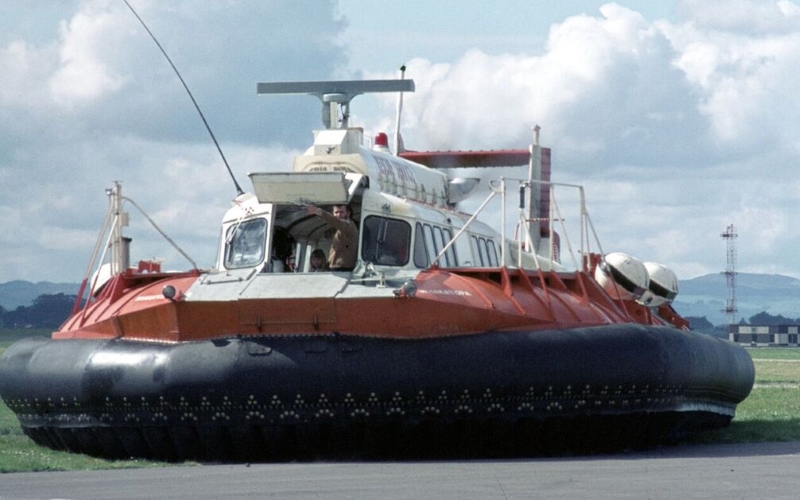 The S.R.N.6 Hovercraft, Whakatopa, stationed at Auckland Airport, circa mid-1980s. 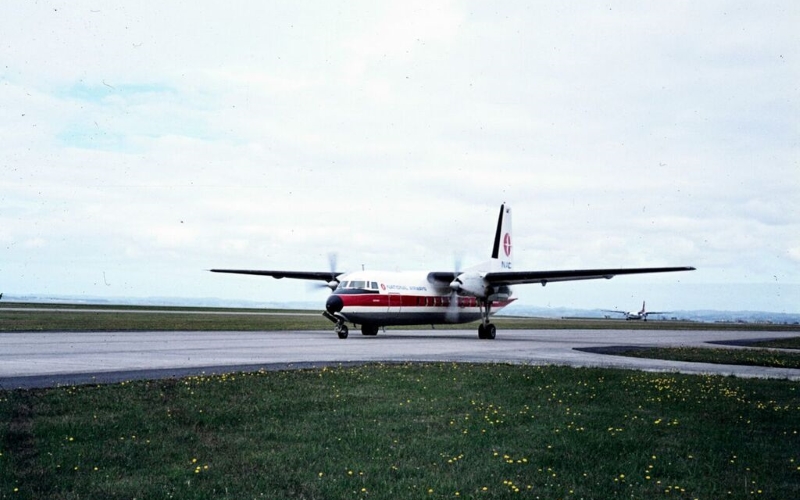 The National Airways Corporation (NAC) Fokker Friendship was a 44 seat turboprop aircraft that entered service in the 1960s. The Friendship fleet operated between all New Zealand’s regional airports as well as to Norfolk Island, and were in service for 30 years. 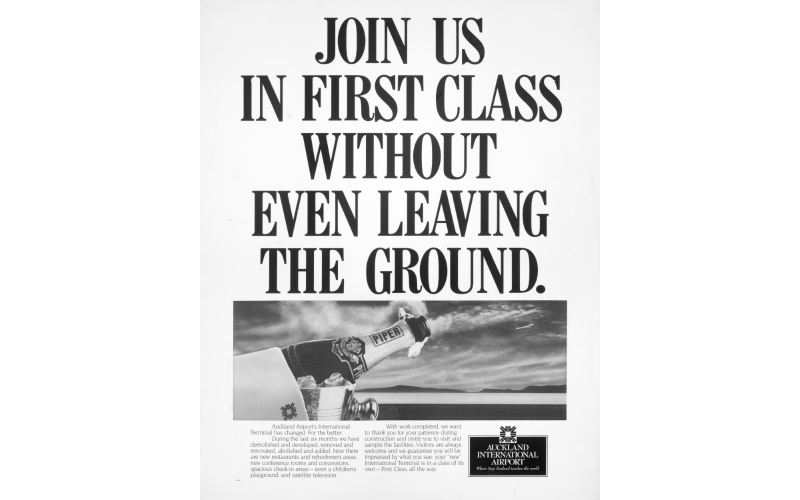 Memorabilia celebrating the reconstruction and refurbishment of Auckland Airport’s international terminal in the late 1990s. 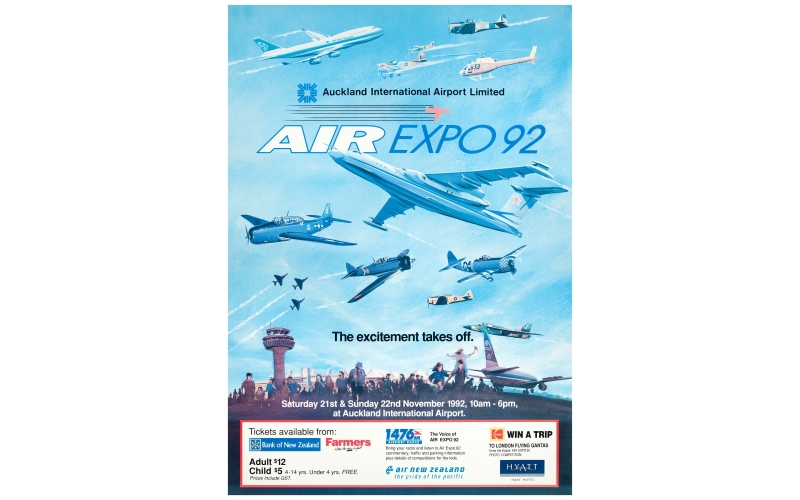 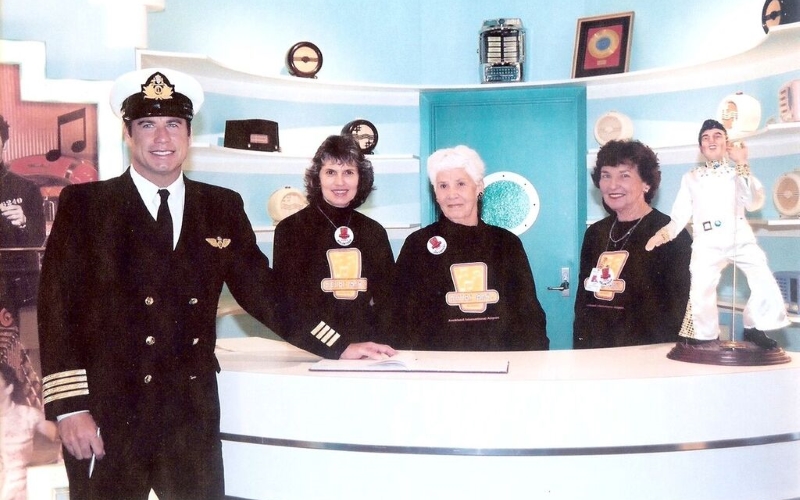 In 1998 John Travolta visited Airtime Magic – Auckland Airport’s museum that featured memorabilia and Kiwiana dating from the 1910s to the 1980s. In 1936, New Zealand's greatest female aviator, Jean Batten set a world record for her solo flight from England to New Zealand. Batten’s Percival Gull Six monoplane is on display in the international terminal. 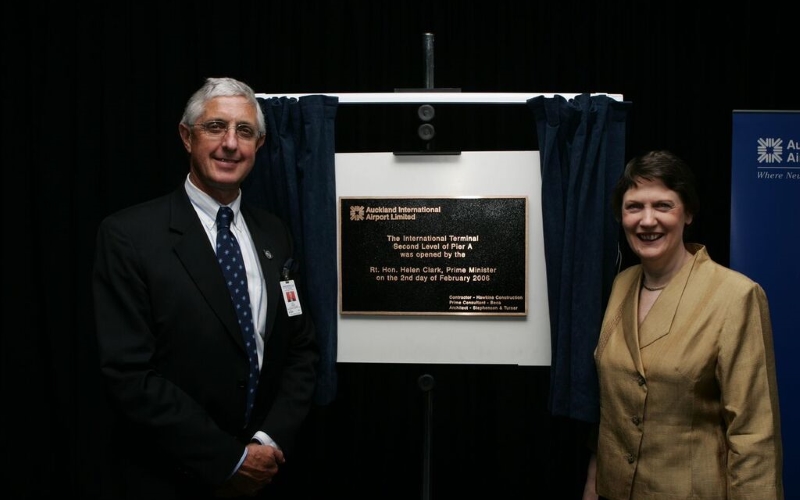 Don Huse, Chief Executive 2003 - 2008 and then Prime Minister Helen Clark unveil the plaque for the opening of the second level of the international terminal’s Pier A in 2006. 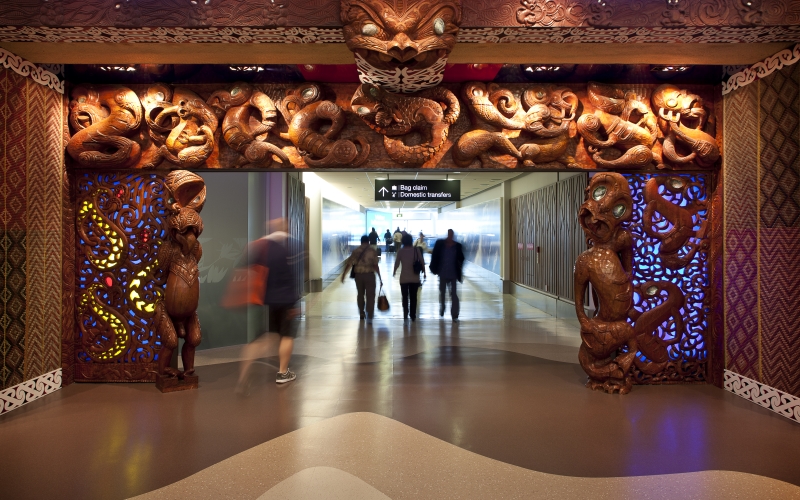 Unveiled in 2008, a magnificent tomokanga (carved gateway) welcomes international travellers to Auckland. Standing 2.8m high and 6m wide, the Tainui carving symbolises a spiritual portal from one realm to another, a journey from the dark (the outside world) into the light (world of the living). 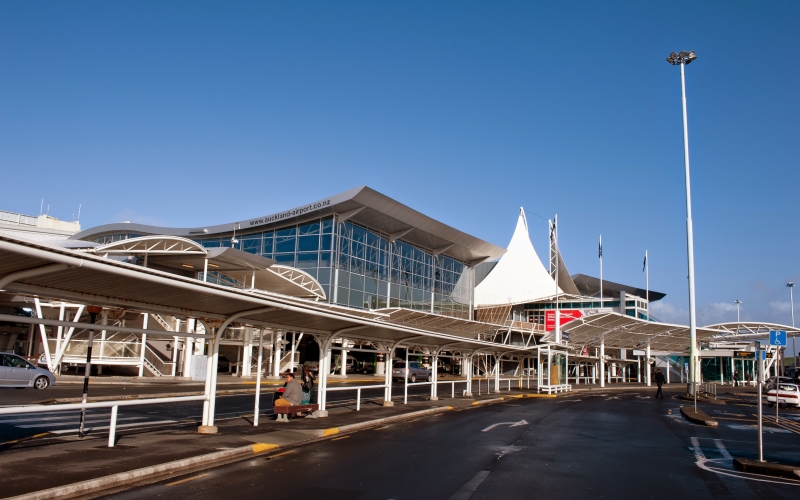 Auckland Airport’s international terminal in May 2014. 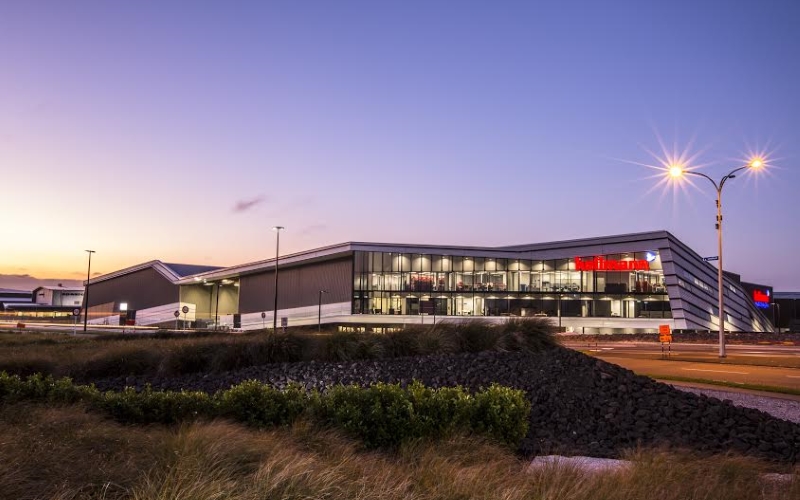 The Hellman Building, completed in 2015, at The Landing Business Park. 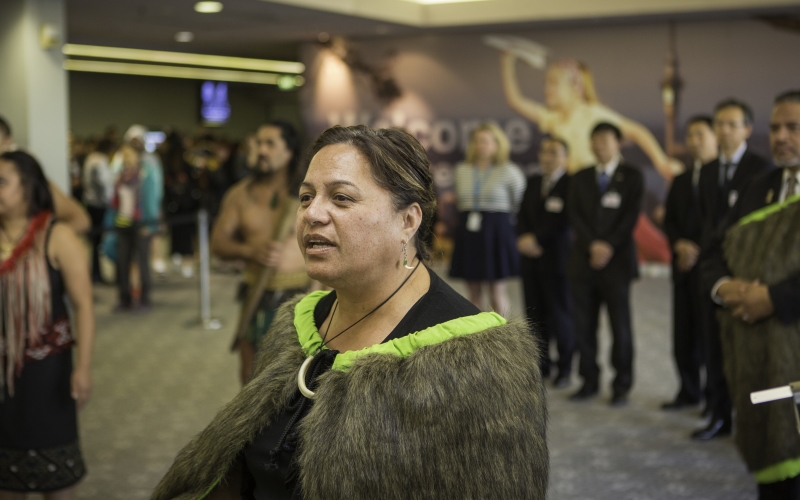 Operations staff in their new uniforms in 2015. 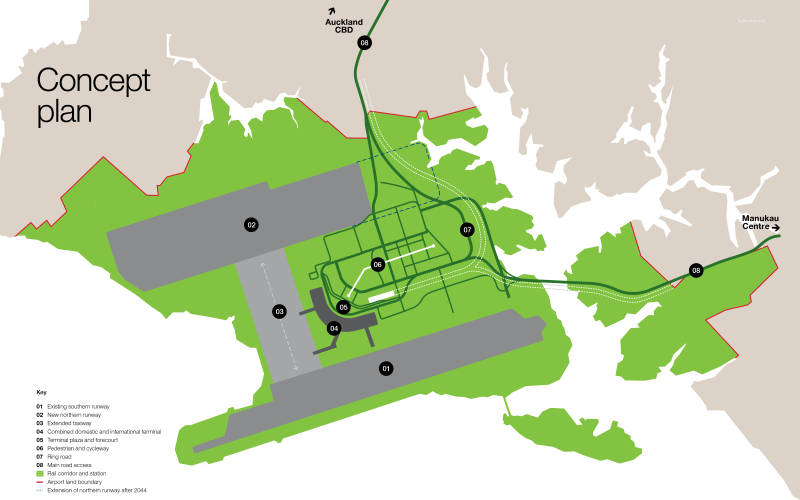 Auckland Airport announced its 30-year vision for the airport of the future in 2014. 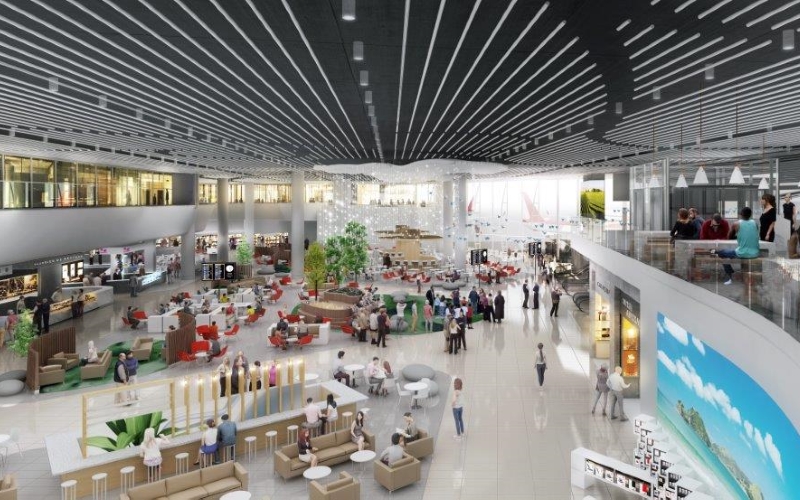 In January 2016, Auckland Airport announced details of a major upgrade of its international departure area, including a new passenger lounge.