New routes and capacity continue to be announced.

Emerging economies and their impact on aviation

The emerging economies of China, South-east Asia, India and South America are changing the dynamics of global air travel. There has been a significant rise in the number of people with disposable income in these economies and it is estimated that 66% of the populations of China and India will take one international trip each year by 2032. New Zealand is uniquely positioned to take advantage of their desire to travel.

Airlines and airports have been able to accommodate the increase in passenger numbers through the introduction of larger aircraft. At Auckland Airport, the number of flights has not increased at the same rate as the number of passengers, because we continue to adapt our infrastructure to cater for these large modern aircraft, such as the A380, B787 and A350. 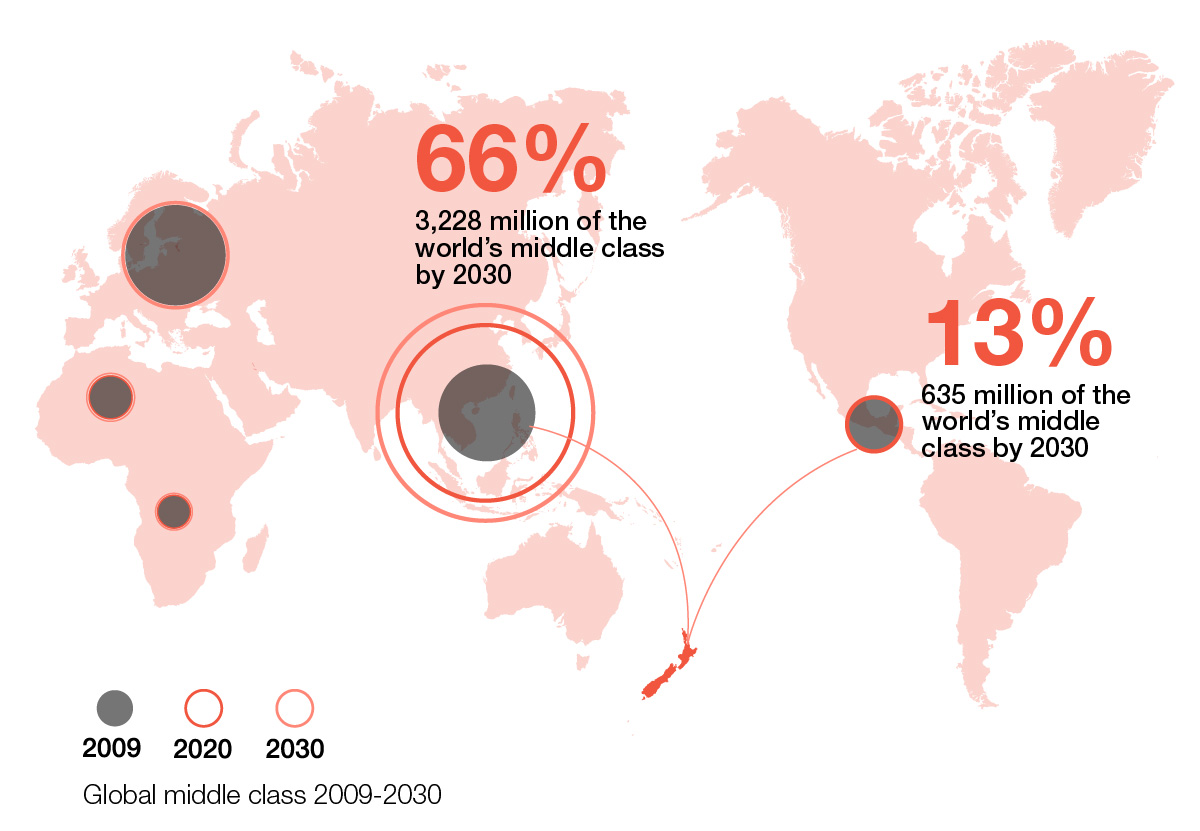 New Zealand’s place in the world

Auckland Airport is ideally positioned to develop not only as a global hub for air travel in Australasia and the Pacific Rim, but for travel between Asia and South America.

Our potential as a hub airport is enhanced because:

As a hub airport in the Pacific Rim, we can provide many benefits to business, trade, tourism and other economic development beyond air travel. The area surrounding Auckland

Airport will continue to develop as a destination in its own right for activities complementing air travel. These range from business centres, hotel accommodation and hospitality, to shopping and recreational opportunities.

The benefits of Auckland Airport’s growth will also be shared - building our airport of the future will create an estimated 27,000 full time jobs, boost the incomes of Aucklanders and create a stronger regional economy.