There is a worldwide shift to satellite or Performance Based Navigation (PBN)-based navigation.

Auckland’s SMART Approaches flight paths are part of this move toward PBN. They use the accuracy of satellite-based navigation to create shorter, curved approaches to the runway, resulting in fuel and carbon emission savings and fewer miles being flown by aircraft over residential areas.

This technology also allows for a more continuous descent, with the aircraft engines’ power settings at or close to idle, meaning that aircraft on a SMART Approach generate less noise than on other less efficient flight paths. This almost eliminates the traditional step-down approach, where aircraft descend in steps separated by intervals of level flight and engine thrust. The traditional step-down approach, which largely relies on ground-based navigational aids, is noisier, less fuel-efficient and less environmentally friendly than the continuous descent using SMART technology. The difference between the two is shown below. 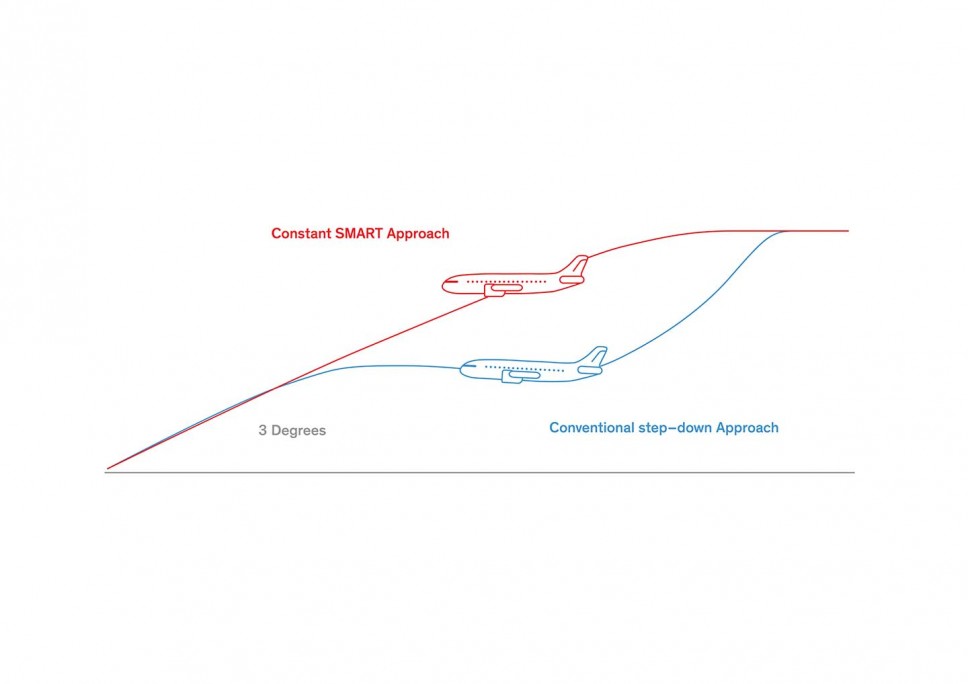