More than 450 flights land and take off at Auckland Airport every day. As a result, almost all of Auckland experiences overflight by arriving and/or departing aircraft.

Aircraft predominantly land at Auckland Airport from the north-east and depart to the south-west (when the runway operates like this it is known as Runway 23L). The diagram below shows these aircraft movements over two typical weeks at the airport in September 2011, prior to the first SMART flight path trial.

The direction of approach and departure is wind-dependent, so aircraft also sometimes land at Auckland Airport from the south-west and depart to the north-east (when the runway operates like this it is known as Runway 05R). The diagram below shows these aircraft movements over two typical weeks at the airport in September 2011, prior to the first SMART flight path trial.

The SMART Approaches help Auckland to be better connected to the rest of New Zealand and the world. They are in line with global developments and safely enable the growth of Auckland Airport, which is vital to New Zealand’s economy. 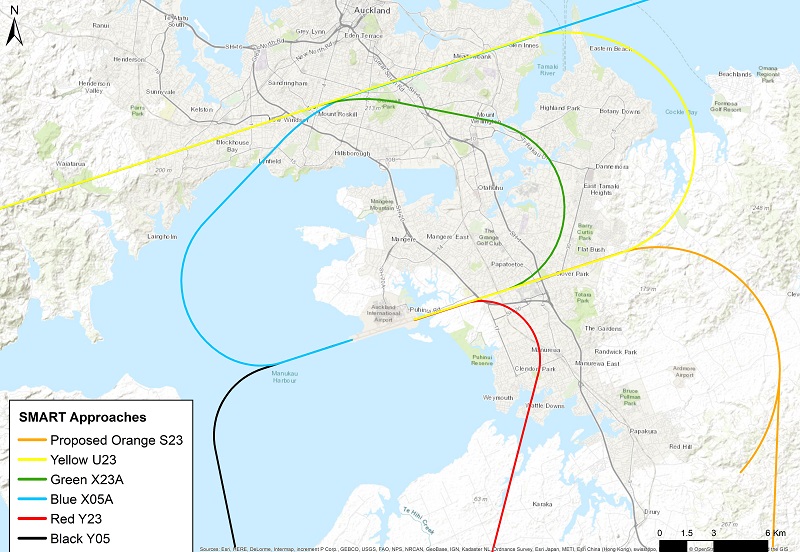 A fifth SMART Approach to Auckland Airport from the north, known as the Yellow U23 SMART Approach, has been operational since May 2019. Aircraft can only use the Yellow track between 7am and 10pm, with a maximum of six flights per day. That maximum number of flights per day can be increased to ten if certain conditions are met.

A new SMART track called ‘Orange S23’ was implemented in September 2019 on a trial basis. This track was implemented to provide an additional option to the Red SMART track which has been in operation since 2012 and overflies the populated area of Wattle Downs and Manurewa.

In early 2020, usage of Orange track ceased several months into the 12-month trial to recalibrate the arrival profile slightly. The track commenced usage again in September 2020, but the usage of this track is significantly reduced due to the COVID-19 pandemic. The trial will occur for a further full 12-month period and end in September 2021. 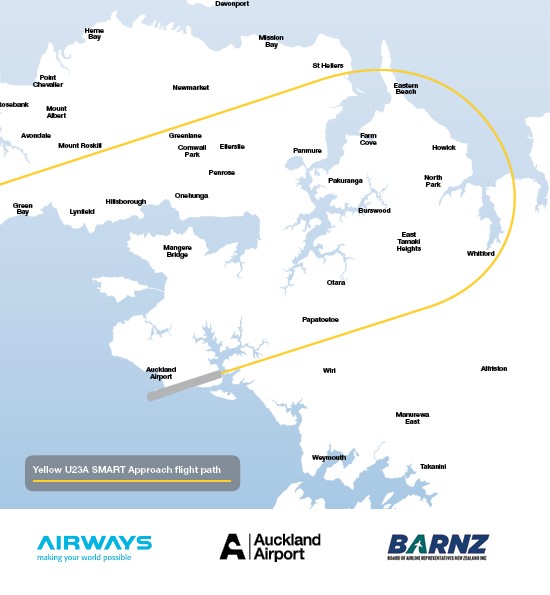