Piles of progress at the Pullman 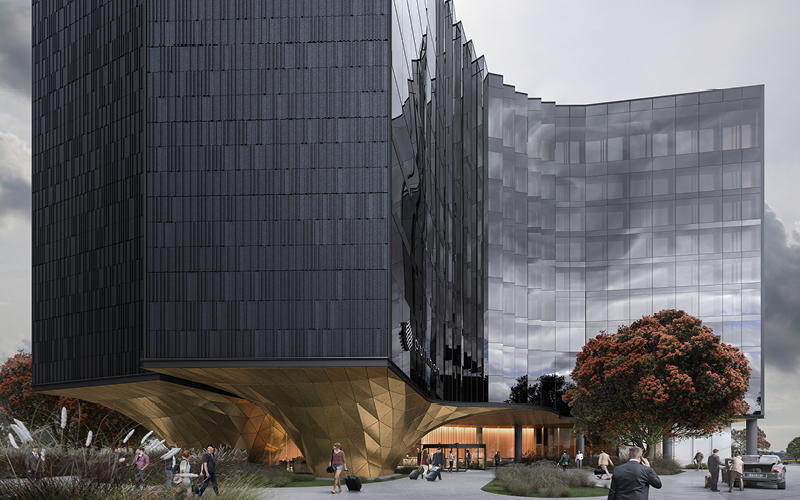 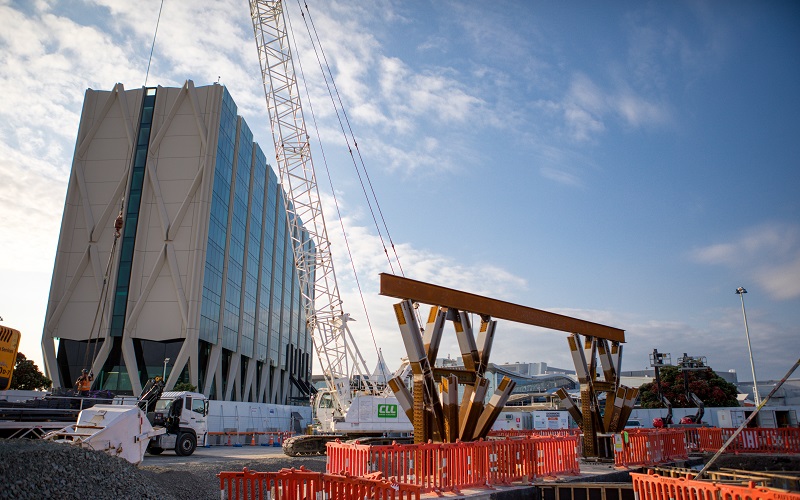 The architectural elements of Auckland Airport’s new luxury hotel build are being revealed as piling is now completed and the structure is emerging at Te Arikinui Pullman Hotel.

More than 80 piles, 30 metres deep are now in place to underpin the 311-room 5-star hotel as the building rises out of the ground. Its exterior will feature sculptural, fluid façade surfaces representing the natural, organic forms of branches and leaves, once complete.

The feature entrance necessitates a complex structure with a substantial pile cap and foundation – the biggest foundation needing 25 concrete trucks to fill.

The steel framing that will support tree-like foundations which hold up the eastern end of the building are the next important stage of the two-and-a-half-year build.

“Piling represents a significant milestone in the project where you can see the architects’ design come to life as the structure of the hotel is revealed,” says Brook Myers, Manager Hotels & Commercial, Auckland Airport.

Each of the thousands of pieces of steel are being fabricated off-site before being carefully lowered into place. Built in partnership with Tainui Group Holdings, the doors will be open at the hotel in early 2022.