Carry-on: Building a better future for travellers at Auckland Airport as construction ramps up again

Journeys at Auckland Airport are about to get smarter and smoother with shorter transfer times thanks to the development of a world-class transport centre to be built at the front doorstep of the international terminal - the first of a major new suite of projects about to get underway.

In June, enabling works will begin on the Auckland Airport Transport Hub – a $300 million-plus development that will transform how travellers arrive and depart from the main airport terminal, while paving the way for any future mass rapid transit to deliver passengers direct to the airport terminal precinct. The project is also the critical initial step in enabling delivery of the future new combined domestic and international terminal.

Chief Executive Carrie Hurihanganui said: “At Auckland Airport we are starting a new chapter of infrastructure investment that is all about building a better future for travellers from the moment they step foot on our precinct. With every project we are focused on providing a high-quality customer experience that equals some of the best airports in the world.

“Easy and intuitive journeys are an important part of this and we’re excited about the benefits that the Transport Hub will bring. It will place existing and future public transport at the heart of Auckland Airport and create a seamless arrival and departure experience for passengers, with a direct connection to the combined international and domestic terminal,” she said.

The Transport Hub, to be built in the footprint of the main international carpark, has been designed to allow traffic to flow through its ground floor. Two traffic lanes will enter from Ray Emery Drive into an undercover pick-up and drop-off area with a short covered walk into the terminal, meaning no more carpark dashes in the rain to the terminal.

Built to double height, the ground floor of the four-storey building will accommodate buses as well as cars, with the upper floors featuring smart car parking, electric vehicle charging stations and office spaces, all designed to meet the ‘Parksmart’ green parking building standard. Attached to the Transport Hub will be an office building designed to 5 green star.

To provide for a future shift to mass rapid transit, Ms Hurihanganui said the airport had taken steps to set aside land adjoining the new Transport Hub to provide for an integrated mass transit station, while the inner forecourt road will remain dedicated to buses and commercial transport.

“This is an exciting development that we have been planning for many years, and one that will transform the experience for customers entering and leaving the combined domestic and international terminal, making the process much easier and faster.

“The Transport Hub is also a critical step in our building programme. It’s an essential first move which will allow us to get on and build a new domestic travel experience at the eastern end of the international terminal and minimise disruption to customers.”

Along with the Transport Hub, the airport is progressing a suite of major developments that will transform the travel experience, including $185 million enabling works for its combined international and domestic terminal and other projects that may not be visible to the travelling public but are central to a smooth travel experience.

Next month, demolition of the international terminal’s eastern baggage hall will take place, making way for the development of a high-tech baggage handling system that will transform the way travellers’ luggage is managed.

“Everyone wants a smooth journey through the airport system, especially when it comes to dropping off and picking up their checked-in baggage quickly and easily,” said Ms Hurihanganui.

“The work we are doing now will clear the path for a new super-smart baggage system to be developed at Auckland Airport, which is all about speed and convenience for travellers, while also ensuring their bags continue to arrive at the right place at the right time.”

Bags are loaded into intelligent carrier trays tagged with radio frequency identification devices that communicate their location as they travel through an elaborate conveyor network, both speeding up the luggage journey between check-in and aircraft loading as well as reducing the risk of lost bags.

“While the pandemic has hit aviation sector finances hard, it did provide us with a unique opportunity to progress work today that doesn’t necessarily have really big dollar values attached, but would potentially be either difficult, risky, or highly disruptive if we waited until we’re operating with high passenger volumes.

“On that basis, we’ve continued to advance design work for an ICS during the pandemic, and as travellers start to return to the skies, we will be really well-placed to resume work on our priority infrastructure projects. An ICS will be a key component of our terminal transformation project, housing both domestic and international jet arrivals and departures under one roof,” said Ms Hurihanganui.

Demolition of the eastern bag hall will be carried out alongside other works to clear the eastern airfield for the future construction of a new domestic pier connected to the existing international terminal. Ms Hurihanganui said these building projects were important stepping stones towards the new combined domestic and international terminal, with major construction of the $1 billion-plus project yet to begin. She said timing would be guided by the pace of the recovery in aviation, with the total transformation project expected to take about five years to complete once major works begin.

From 8 June the main car park outside the international terminal will close to allow enabling works for the new Transport Hub to begin, with the new covered public pick-up/drop-off expected to reopen in late 2023.

Later this year, demolition at the western end of the international terminal will also mean the relocation of taxis, buses, ride share and shuttle pick-ups. (Tour buses will remain in the same location).

“We know disruption and construction can be a nuisance and we are asking for everyone’s patience as we work to improve the customer experience. In particular, we have paid a lot of attention to car parking and transport, to make sure people’s journeys continue to be as easy as possible while the new Transport Hub is constructed.”

The key changes ahead are as follows:

Later this year, the pick-up location for some transport operators (taxis, rideshare services including Uber and airport shuttles) will be relocated from the western end of the international terminal to a new Transport Pick-up Zone, located just behind the Novotel or 5-10 minutes’ walk away.

Supporting media for the story as follows:

Map below shows car park changes, the location of the Transport Hub, and Car parks D and E

Photo of the eastern bag hall to be demolished 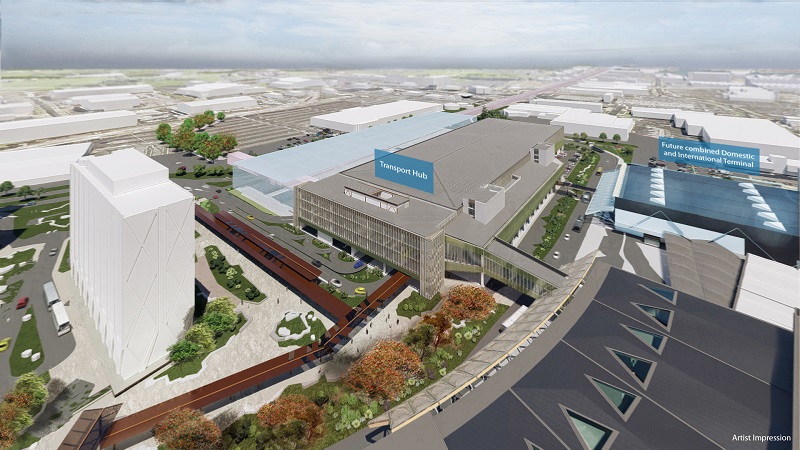 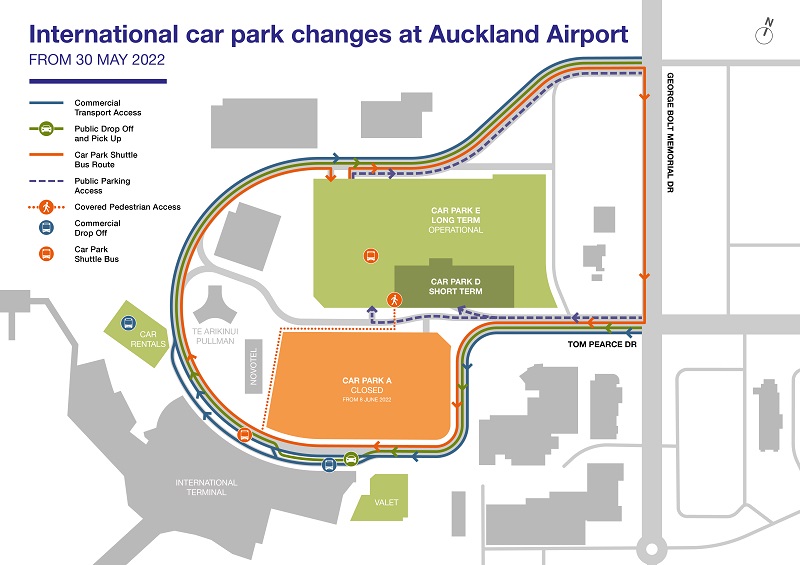 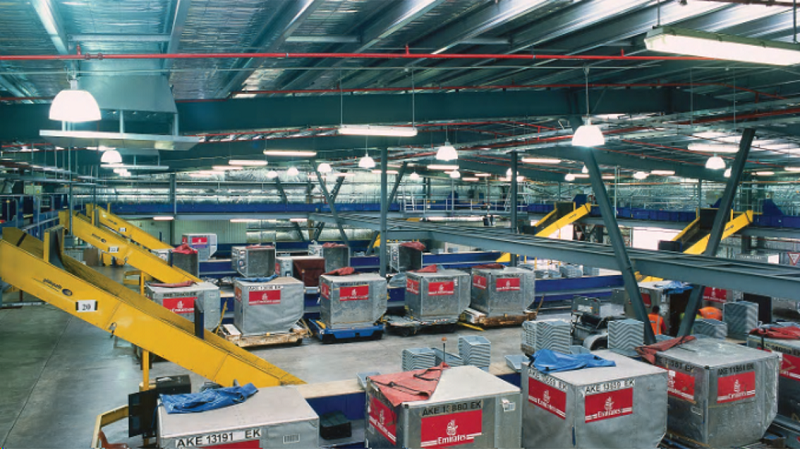 Photo of the eastern bag hall to be demolished