Auckland Airport has today announced the details of four new transport projects as part of its longer term plan to improve travel around the airport over the next three years.

Adrian Littlewood, Auckland Airport’s chief executive, says, “We have a 30-year plan for developing Auckland Airport and as part of the plan, ensuring that passengers, staff and crew can easily access all parts of the airport precinct remains a priority. These new transport projects are an important investment in our infrastructure that will help to improve the way public transport users, motorists, pedestrians and cyclists move around our airport precinct.”

“These new projects will help improve traffic flows and travel times around the airport, and help our transport network accommodate the increasing number of buses that will travel to and from the airport in the future.”

“Our new gateway bridge will be a spectacular sight as you enter and leave Auckland Airport to the north towards the city. Designed by architects Warren and Mahoney, the suspension bridge features a 40 metre high concrete mast that is inspired by the form of a huia feather with a white light tipped column and Māori motifs. It will be an urban beacon and precinct marker that will be visible across the airport, both during the day and at night. The bridge will also significantly improve the walking and cycling experience between our commercial precinct and the terminals.”

“This new investment in our precinct’s transport infrastructure also supports the ongoing and collaborative efforts of the New Zealand Transport Agency, Auckland Transport and Auckland Airport to improve travel times to and from the airport.”

“It also builds on other improvements we have made to our precinct’s transport infrastructure in the past year.”

In the first half of the 2017 financial year Auckland Airport fast-tracked a number of planned roading and transport upgrades on its transport network:

“Auckland Airport is planning a number of additional infrastructure projects to upgrade our transport network and further improve journeys around the airport precinct. These will be announced in due course,” says Mr Littlewood. 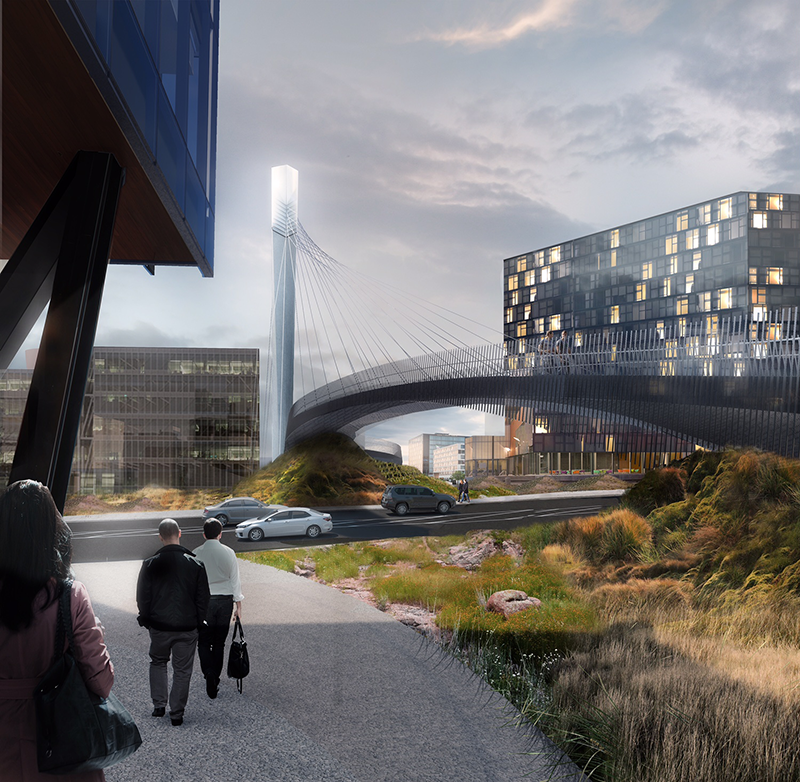