Auckland Airport has installed two new Electric Vehicle (EV) rechargers at its domestic valet car park, and is installing a further two in its public car parks, allowing a growing community of EV and plug-in hybrid vehicle owners the opportunity to top up for free whilst away.

With a rapid plug-in charger already available at the Z station on Tom Pearce Drive, and two further rapid chargers to be installed in the airport precinct’s shopping centre car park this year, the airport will soon be equipped with seven charging stations to support the Government’s Electric Vehicle Programme, announced this week.

Graham Matthews, Auckland Airport’s general manager – airport development and delivery, says the installation of the recharging points is part of a wider commitment to sustainability that will underpin the development of the ‘airport of the future’, and that has already seen the airport make significant reductions in its waste, water and carbon footprints.

“Work is already underway on a significant upgrade and expansion of our international terminal, to cater for the possible tripling in passenger numbers over the next 30 years. However, to support the growth in domestic and international air travel, we are also committed to improving the infrastructure that not only supports journeys to and from the airport, but encourages sustainable travel choices.”

“A key part of this is working with Auckland Transport to improve public transport links to the airport. But we are also investing in our own infrastructure, such as the plug-in recharging stations and new park and ride facilities to reduce vehicle movements around the airport precinct,” says Mr Matthews.

Auckland Airport’s commitment to corporate sustainability has been recognised by its inclusion in the global Dow Jones Sustainability Index for the last four years, and a “commended’ rating under a New Zealand pilot of the Infrastructure Sustainability Council of Australia (ISCA) certification scheme.

Auckland Airport is also a finalist at this year’s Energy Efficiency and Conservation Authority (EECA) Awards, to be held later this month, for its comprehensive energy efficiency programme.

The new international terminal upgrade will incorporate a range of environmentally-sustainable features on completion in 2018. These will include energy-efficient lighting, heating, cooling and ventilation as well as low water fixtures and fittings.

Gez Johns
+64 27 406 3024
gez.johns@aucklandairport.co.nz
For more information about the airport of the future: www.airportofthefuture.co.nz 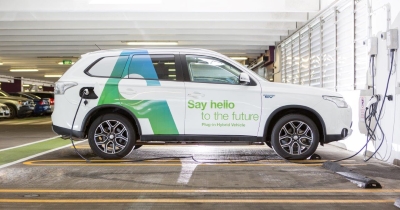 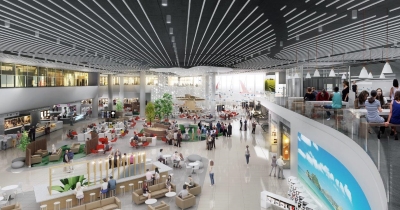