The insight and advertising manager sprung into action when she realised a woman was in labour on the airport’s forecourt, and called the emergency number from an internal phone.

It was the last thing she expected when she took a different route back to her office. “It was like an episode of Fawlty Towers,” says Lucy. “[The woman] had four children with her and she was worried about getting two of the wee boys onto a flight. She stopped me and said her contractions were five minutes apart.”

Luckily, the airport’s customer service team and emergency services crew arrived quickly; the boys were checked in for their flight and an ambulance was called.

Baby Dravius made his entrance into the world as soon as his mother was put into the ambulance.

“Bless her heart I cannot believe how stoic she was,” says Lucy. “It was fun. And a lot more calm than I thought it would be – even in the middle of a windy forecourt.” 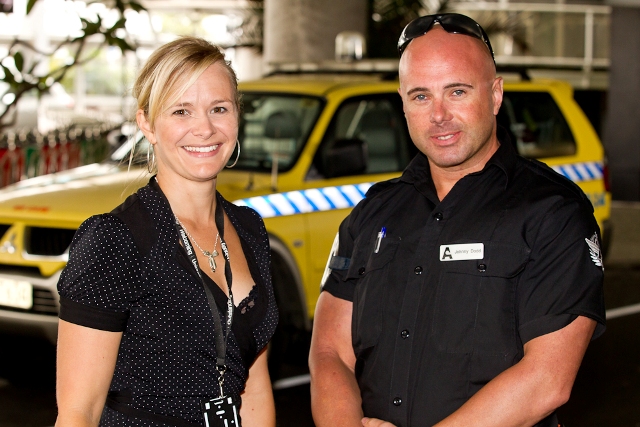