The extensive renovation of Auckland Airport’s retail area has not gone unnoticed. In fact the Airport has won an Excellence Award in the Retail Property category at the annual Property Council Rider Levett Bucknall Property Industry Awards 2011. 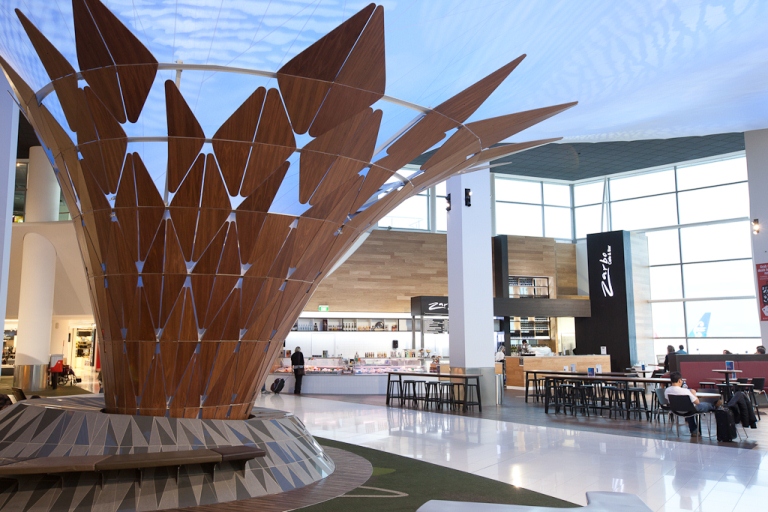 The Property Council awards are considered to be New Zealand’s most prestigious commercial property awards.

The retail area has undergone huge changes recently, with the introduction of many more top quality stores including MAC cosmetics, Apple, Icebreaker and Swatch.

A whole host of new dining options has also been added, including Zarbo’s deli and wine bar, Valentino’s gelato, Hayama Sushi and Silk Road Asian restaurant, as well as KFC. Mac’s Brew Bar will be added to the mix later this year.

Adrian Littlewood, Airport general manager for retail and commercial, says there has been a huge focus on expanding and improving the international terminal area for the 18.6 million people who spend time there each year.

“We want to ensure that our travellers are offered a world-class travel experience.”