The giving spirit that has so epitomised the response to the devastating Christchurch earthquake has also been present at Auckland Airport in recent weeks. Retailers across the airport rallied together to raise money, providing collection points for the Red Cross Earthquake Appeal.

The generosity of the travelling public and the retailers raised a grand sum of $17,000 over a 10-day period.

At the same time Auckland Airport’s emergency services team raised $20,000, by roaming the terminals and collecting donations from travellers.

Not to be outdone, Auckland Airport’s newest airline, China Southern Airlines, generously donated a massive cheque for $100,000 to the Christchurch Earthquake Fund. Mr Tan Wan’geng, President and CEO of China Southern Airlines, presented Tourism New Zealand Chief Executive Kevin Bowler with the donation at the official launch of the new service in China. 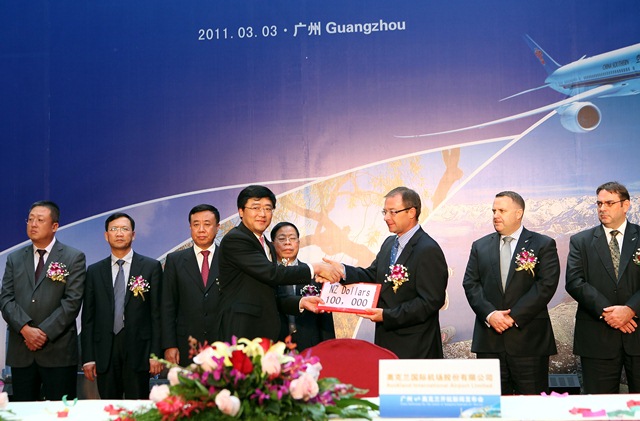