What does the super city mean for Auckland Airport?

After months of speculation and debate, it has finally happened: Auckland is now a super city and the airport intends to make the most of the opportunities that come with being part of a larger entity.

With a 22% stake in the company, the new council is Auckland Airport’s biggest shareholder by far.

Auckland Airport’s Richard Llewellyn says the airport has started working with the incoming councillors and executive team who officially take over on 1 November.

Richard is confident the airport can help the new mayor and council achieve their goals including better public transport links to the airport, part of Len Brown’s $10 billion transport plan for Auckland city.

“We will ensure we have the appropriate infrastructure required to accommodate ambitious growth, deliver outstanding passenger experiences, and provide the best possible first impressions of Auckland,” says Richard. 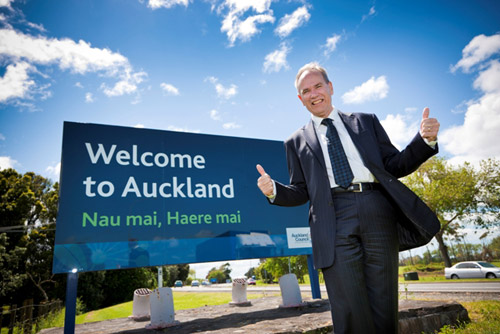