The latest TRENZ in tourism

Being present at TRENZ 2010, which took place over four days from May 24 to 27, offered Auckland Airport an amazing opportunity to meet with overseas buyers to grow passenger numbers coming to New Zealand.

This is the third year Auckland Airport has been involved with TRENZ, and this year it was a platinum sponsor of the event. “The main thing we are looking for is their distribution strength and their particular markets, “ Findlay says. “We want to know how many retail offices they have, their ability to reach a broad domestic market in their home country and their ability to sell to potential customers.”

Each exhibitor had a series of 15-minute business appointments where they negotiated agreements and built relationships with buyers in the international market. The number of exhibitors at TRENZ 2010 is capped at about 270 to ensure only the best New Zealand tourism has to offer is available.

Auckland Airport CEO Simon Mouter also addressed current airline partners at a lunch meeting where he updated the industry on the airport’s developments, and then on the final farewell night, New Zealand hip hop/reggae musician Che-Fu was the headline act. His unique mix of Pacific funk offered a night TRENZ 2010 guests will remember long after they return home. 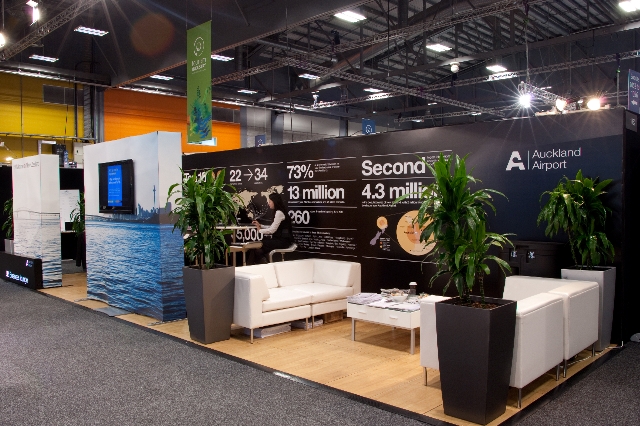