Tim Wilton was in Brisbane celebrating his mum’s 85th birthday when the Auckland Airport/NZ Herald photo competition winners were announced.

“I had completely forgotten about it,” says Tim, a maintenance planner for engineering support services at the airport. “My son Ben flicked me a text saying: ‘Dad, your snow photo has won third prize’.

“I felt really chuffed – I don't think I've won anything before apart from the odd raffle here at the airport.”

The NZ Herald judges had no idea Tim worked at the airport when they selected his photo of Mt Taranaki, taken during a guy’s weekend in 2008, for the third prize. “Over the 15 years I have been in New Zealand I have never stopped being gobsmacked by the scenic beauty that is 'New Zealand' – so many more of the entrants to this competition deserve prizes for their great shots.”

Another photo of Mt Taranaki, by Jeremy Beckers, took out first place in the competition, which attracted 8,000 entries.

Second prize went to Malcolm White for his shot of Kerosene Creek near Rotorua.

The winning shots and finalists can be viewed in a breathtaking mural on the first floor of the international terminal. 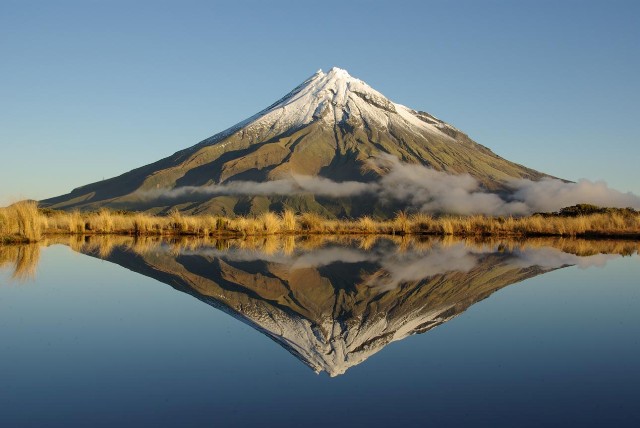