There was something different about four recent flights into Auckland Airport. All four were charter flights from Japan filled to the brim with tourists booked through Japanese travel agents.

It’s a great example if an airport working alongside airlines to improve tourism in New Zealand and a practice the airport is keen to encourage.

The passengers were treated to a special welcoming package that included a huge water fountain over the planes as they arrived, a special Maori welcome and songs, VIP lanes at customs and immigration, and special inter-terminal buses.

Helen Li, Auckland Airport co-ordinator for the project, says the extra effort was much appreciated. “All the passengers were really interested, they especially enjoyed listening to the songs. It’s a great way to spend the waiting time.” 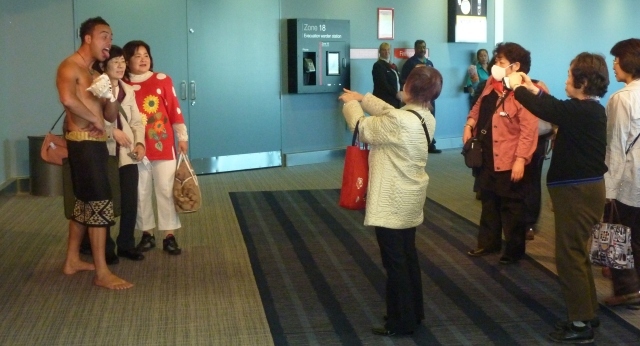