Four Nations at the airport

It’s time to get out there and support the Kiwis as they battle it out on the field against Australia, England and Papua New Guinea in the Four Nations rugby league tournament.

Auckland Airport is a sponsor in the series, so there is lots of promotion surrounding the games.

Staff are encouraged to get behind our national team who will be playing at Eden Park on 6 November for the fast-selling double-header.

Aside from the games, the tournament is providing the airport’s border agencies – Customs, Immigration, and MAF – with the opportunity to test new procedures to manage teams before the Rugby World Cup 2010.

Customs are using advance information to pre-process the teams so when they arrive, a customs officer and an AIAL representative meet them at the gate and escort them through a special arrival portal.

After a simple 'face-to-passport' check, teams head straight to the baggage carousel from where MAF identifies a dedicated route with minimal intervention.

This streamlined facilitation process is planned for VIPs and officials for the Rugby World Cup so the chance to tweak it before the roll-out next year is beneficial to all in the Auckland Airport community. 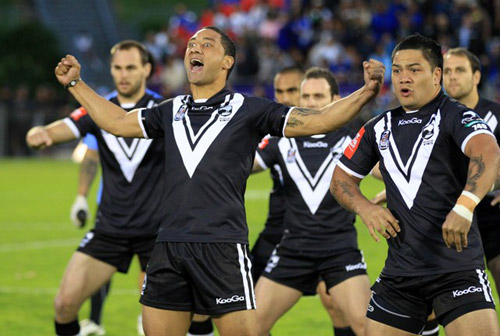