Firefighters at the top

Twenty-five kilograms of equipment, 1103 steps and buckets of money – Auckland Airport Rescue Fire raised close to $20,000 for the Leukemia and Blood Foundation after climbing to the top of Auckland’s Sky Tower as part of the annual Firefighter Sky Tower Challenge. The total amount raised by all contributors was a record $193,000.

Sustainability advisor Martin Fryer took the once-in-a-lifetime opportunity to participate after being invited to join the special squad chosen by sponsors. His finishing time was 12 minutes and 18 seconds.

“I go running so I have a reasonable level of fitness but by the time you get up to those last few flights, it feels like there is not enough oxygen in the air to get you there,” Martin says. “At the top you are too exhausted to enjoy the moment. You are handed an isotonic drink and all you can do is sit there and gasp for breath for a while to recover. I came out with a total respect for the firefighters doing it wearing full kit. You just can’t imagine how difficult it is until you have done it yourself.”

Event organiser Tony Scott says he is very proud of all the Auckland Airport firefighters who participated. “Thanks to the airport company for support with the fundraising campaign and for sponsoring the event,” he says. 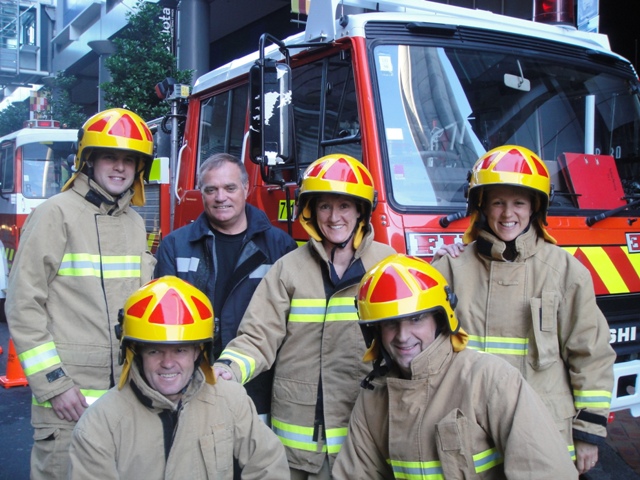