Jetstar touches down at Auckland Airport 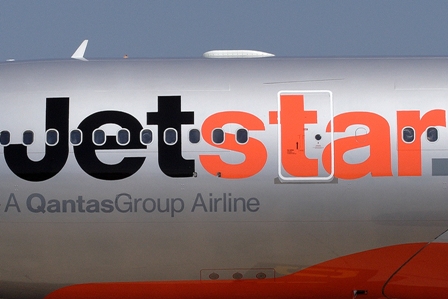 The distinctive Jetstar aircraft, with their bright orange star, will be regularly touching down at New Zealand’s largest airport from tomorrow as the international carrier begins its new daily services between Auckland and Sydney (SYD) and Auckland and the Gold Coast (Coolangatta OOL).

The two new daily trans-Tasman services equate to an additional 258,000 seats between Australia and Auckland each year. These are in addition to the existing flights out of Auckland for its parent company Qantas.

Auckland Airport chief executive Simon Moutter says the arrival of Jetstar services to Auckland is a ‘win-win’ for everyone. “The arrival of another international carrier to Auckland is giving more travellers more choice, helping to grow tourism and trade, and even creating jobs and economic growth for New Zealand.”

The launch of the Jetstar services is great news for the budget-conscious traveller. Jetstar is renowned for its low fares, breaking down the barriers to air travel and making it more accessible for people to fly.

“Our passenger data from Australia indicates that up to one in ten of our passengers are first-time international flyers or infrequent travellers, meaning that Jetstar is growing the traveling market and making flying more universally appealing,” says Jetstar chief executive officer Bruce Buchanan. “We hope this will be the same for the services to Auckland; the Gold Coast and Sydney are hugely popular routes for leisure travellers.”

With additional seats on offer and more first-time travellers, the services will be a healthy boost to the tourism economy. Statistics provided by the Ministry of Tourism (for the year end December 2008) tell us that just on 976,000 Australians visited New Zealand last year, the average Aussie traveller spends about NZD$1,800 per visit (excluding the airfare) and their average length of stay is 12 nights.

Jetstar also plans to connect the Gold Coast flight to a Japan service in the future, providing a much needed lift to the lucrative Japanese market. The average Japanese traveller to New Zealand spends NZD$4,365 per visit and latest figures show this market is in need of a boost, as it is down 17% to 97,000 travellers per year.

In addition, almost 100 Auckland based jobs have been created at the airport as a direct result of this new international service including crew, ground handling and engineering positions.

“We welcome strengthened connections with our trans-Tasman neighbours and we are just thrilled to see Jetstar aircraft on our runway,” says Simon Moutter. “At a time when some global carriers are reducing capacity it is very pleasing to see an international airline coming into Auckland.

“We are impressed with Jetstar’s growth prospects and commitments. They are participating in a future Qantas Group fleet order over the next six years comprising up to 65 A320/A321 aircraft with options and purchase rights for a further 40 A320 family aircraft.”

Jetstar is the 18th international carrier to make Auckland Airport a port of call. The last new player was Pacific Blue in 2005. The airport has recently ticked off some major infrastructure development programmes, including an expanded international arrivals area and new pier, making it an ideal hub for new airline services. The company is currently revamping the international departures area which is on target for completion before the Rugby World Cup 2011.

The Jetstar services will utilise A320 aircraft with 177 seats and will operate the following schedule:

Jetstar is a fully owned subsidiary of the Qantas Group. The airline has been flying to Christchurch since December 2005 and a domestic service* out of Auckland commences 10 June 2009.