The Maori King Te Arikinui Kiingi Tuheitia broke the ground just outside the International Terminal as a symbolic gesture to mark the start of construction. More than 90 invited guests looked on, including representatives from the three joint venture partners, Auckland International Airport Ltd, Accor Hospitality and Tainui Group Holdings.

The new hotel has been designed by Warren and Mahoney Architects to fit with the airport space, and will be infused with design elements emphasising New Zealand’s culture and heritage.

The 12-level, 4-star Novotel will have 263 rooms, a gymnasium, a 150-seat restaurant and bar, 11 meeting rooms, a conference/function room for 300 people and an airline crew lounge. The total cost expected to be around $65 million, and the project will generate new jobs and long-term economic growth for the region.

Construction started on December 1 and is due to be completed on July 1, 2011, just in time for the Rugby World Cup.

Auckland Airport general manager property Peter Alexander says the hotel will answer a clear demand from the tourism industry and travellers for a hotel in the airport terminal precinct.

“We are exceptionally pleased to bring together such a strong group of partners, each bringing a strong track-record, skills and experience. The outcome will be a great hotel and will deliver yet another string to the bow of Auckland Airport, one of the 10 best airports in the world.” 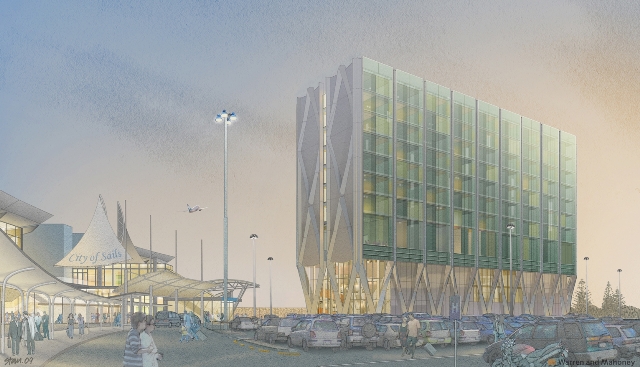