Any production company wanting to film/photograph for commercial purposes at Auckland Airport must sign an agreement with Auckland Airport. This must carry full public liability insurance of $1 million for shooting before security and $20 million for after security.

Crew information is to be provided at least one week in advance of filming. All crew and cast will need to carry photo ID (driver's licence or passport) when filming.

Details for crew members (particularly for filming airside or after security), include:

The minimum unit is a half-day (5 hours). Charges cover costs such as sole use of a location, safety officers, security escorts, use of vehicles, administration, facilitation and production management.

Where a location fee is minimal, Auckland Airport will be looking for some mutual benefit.

The fee structure is at the discretion of Auckland Airport, and may be altered on a project basis, depending on complexity or nature of work. After security (airside) filming will be charged at a higher rate than before security (landside) filming. The production company will need to reimburse Auckland Airport for any other costs incurred by the airport as a result of filming or photography taking place.

Applying to film/photograph at the airport

Please complete the online form if you wish to make a request to film at the airport.

Permission must be sought a minimum of 10 working days prior to shoot date for a smaller production of under a day. 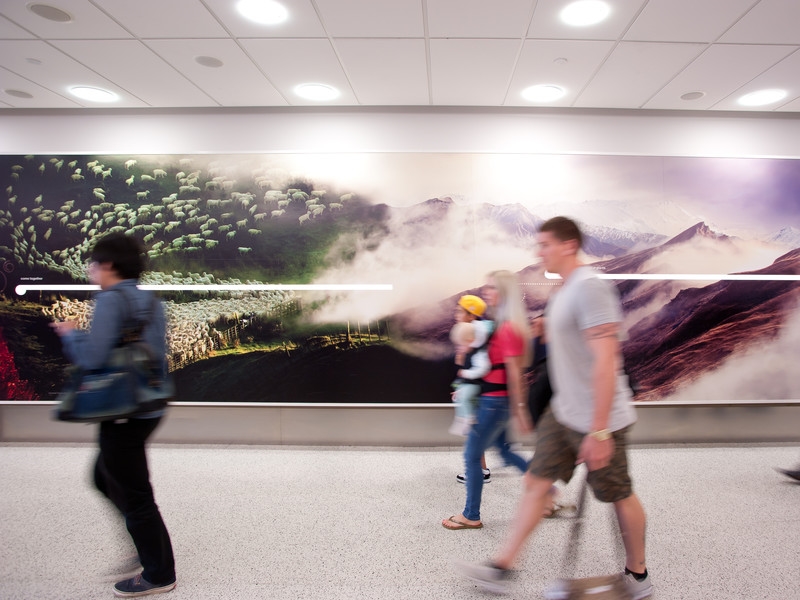 View our media library
If you are a news media crew wanting to film at Auckland Airport, please contact the Communications Team on +64 (0)27 406 3024.