Property edges out the competition

The benefits of having a business sited at Auckland Airport will now be emphasised on six new billboards appealing to potential tenants.

He says the billboards have a message that is unique to the airport so maximising their potential to capture interest was the goal in the design.

“Instead of a standard ‘for lease’ billboard, we have gone for something a bit different that tells the story of being at the airport,” Thompson says.

The billboards, part of Auckland Airport’s new property precinct plan, are expected to attract new tenants and highlight the advantages of the location. 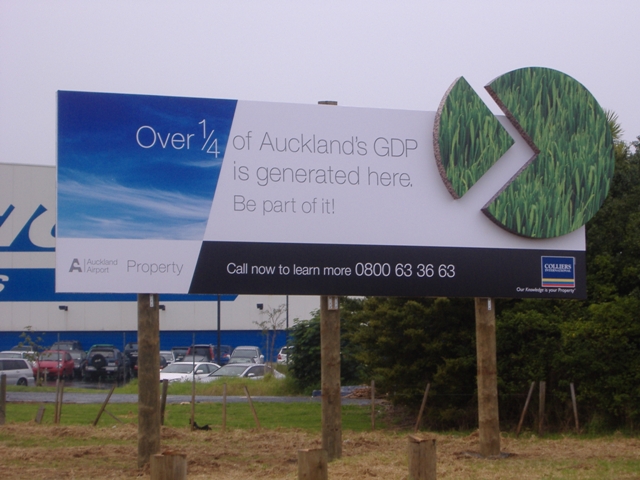